Welcome To Your New Home

WELCOME TO YOUR NEW HOME 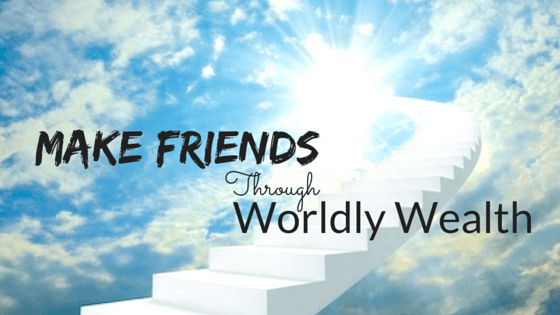 It is hard to find a good manager these days. In a world of cutting corners and worshiping profits we have forgotten that business at its core about trust and relationships. Apparently, finding a good manager is not a modern problem. Jesus told today’s story because people were dealing with that problem two thousand years ago.

As I have thought about summing up Mel’s life two character traits come to mind, his gentleness and his generosity.

First, Mel Green was a gentle man.  Around his accounting firm Mel was known as the Candy Man.  This was because of his love of sweets.  He had a jar of candy on his desk with the label, “what the IRS didn’t get.” Doris, Mel’s wife tried to discourage Mel’s love of sweets, so he didn’t eat much candy at home. So Mel would often buy big bags of candy and leave them in the trunk of his car to bring to work. Because of the heat in his trunk this often meant that he would bring somewhat deformed pieces of candy to his office. At Norview Presbyterian Church Mel’s favorite event was the yearly Ice Cream social at the Norfolk Zoo.

Mel had a bit of a sweet tooth which was appropriate because he was also a sweet man. He loved word play, and cracking corny jokes.   He had a childlike spirit. Carolyn, who has been friends with Mel since the age of five, told me one story that occurred last Christmas. They were walking past a luggage cart in one of Harbor’s Edge’s hallways. And the two of them got the idea for Mel to take a little ride on the luggage cart. With a smile Mel hopped on the cart and rode down the hallway with glee. Perhaps this something you might expect a five year old and not a ninety six year old to enjoy. But Mel had a childlike like joy and he didn’t let an overly serious world dampen that joy.  Yet, unlike a five year old, Mel was always more concerned about others than he was about himself. I witnessed this concern myself. When his dear friend Margaret Hoots was in rehab at Harbor’s edge I would often see Mel coming down from the eighth floor with his walker to visit her. When I last talked with Mel at the beginning of May he seemed more concerned about his friend Margaret’s health than he was about his own.

Yet, the world often confuses gentleness with weakness. Mel’s life shows us that one can be gentle and still be strong and courageous.  One of the stories he told me the last time I saw him was his memory of December, 7th 1941, the day Pearl Harbor was bombed by the Japanese. When Mel heard the news he was driving a young lady around on a date. When he heard that Pearl Harbor had been bombed he turned to his date and told her he was joining the navy. Mel abandoned all his plans, he left everything, to serve his country in its greatest time of need, to serve a cause greater than himself.

He served in both the Atlantic and Pacific Theaters. One of his ships, the U.S.S Rutledge,  was torpedoed by a NAZI U boat on November 12 , 1942,  and sunk off the coast of North Africa. Mel served on the command ship that carried the Admiral who was in charge of The Bombardment of Iwo Jima and Okinawa prior to the invasion of those islands. After the war Mel started his own accounting firm, married his beloved wife Doris, raised up a joyful song to the LORD in Norview Presbyterian Church’s choir, and served on multiple boards with his beloved Salvation Army. Mel was a sailor in the United States Navy, and he was also a soldier in the Lord’s army. His gentleness had a strength to it. Not only did people trust Mel Green, they followed Mel Green.

Though I knew Mel for a bit over a year I didn’t learn till this month that he was the first chairman of the Salvation Army Adult Rehabilitation Advisory Board, which he helped start in the mid 2000’s. Before Mel helped found this board there were not as many places in Hampton Roads for people with drug addiction problems to get clean. But because of Mel’s work a little more light shined in a very dark place.

Mel was most proud of helping to get the Kroc Center built four years ago. The Kroc Community center is a 380,000 square foot community center which includes a fitness center and a church building with an active congregation. The Kroc Center hosts various community events. Whenever Mel talked about the Kroc Center his face lit up like a kid in a candy shop. I visited the Kroc center on Saturday and I saw a beautiful pool with a colorful play area for children. At the time there was a big crowd of children exiting the Chapel after seeing a performance of the musical Junie b. Jones. The play is about a six year old girl who is about to enter Kindergarten.  It is not true that Mel and Doris never had any children. Through their love, through their faith, through their gentleness and generosity, they brought many sons and daughters to glory. I have seen it with my own eyes at the Kroc Center.

Our passage today is one of Jesus’ harder parables to understand. Because it seems that Jesus is complimenting a dishonest manager. But Jesus is using an exaggerated story to make a point. This world is full of dishonest and shrewd people who still end up doing some good. We have something to learn from the world in terms of shrewdness. But the world has something to learn from Christians in terms of getting a return on your investment. Today Jesus tells us, “And I tell you make friends for yourself by means of unrighteous wealth, so that when it fails they may receive you into eternal dwellings.”  In the Bible money is considered to be a rival god to the true God. It can be used for good but it is not worthy of our love. For Jesus tells us, however we earn our money, not that it might fail us, but that it will fail us. So while we have it we should use it to do the work of God’s Kingdom, to introduce our friends to love of our friend and Savior Jesus Christ. Every home we will ever build will fall to ashes one day, but in our Father’s house there are many rooms, and our friend Jesus Christ has gone to prepare a place for us. Our text suggests today that when we uses our wealth to bring others to faith in Jesus Christ, they will be there to welcome us to our new home in heaven. If that be the case I would suspect that Mel has a pretty big house warming party going on in eternity.

Accounting for Mel wasn’t just a job, it was a ministry. Though Mel accumulated a lot of wealth in his life he didn’t love money, he loved people, and he used his money to serve those people. Along with loving people Mel loved his Lord. He devoted himself to prayer and studying the Word. One of his favorite daily devotionals was one called the Upper Room.

I looked up the daily devotional for the day Mel went to his new home, March 18, 2018. I kid you not the title of the devotion was, “Lollipop Lesson. “ The focus verse was Matthew 6:10, “Thy Kingdom come, Thy Will Be Done.” The Prayer Focus was, “Candymakers.” In the devotion Mary Hunt Webb of New Mexico tells a story from her child hood,

“During my childhood, my mother and I would often pass the candy counter in a certain department store. Each time, I asked for one of the enticing lollipops that were six inches in diameter. After repeated denials, my mother relented one day and bought me one. At first, I was thrilled. However, as the afternoon wore on, I got tired of holding the wooden stick with its heavy load of sticky candy. Mother warned that if I put it down, it would get dirty and I would have to throw it away. That’s how I learned that getting what I thought I wanted wasn’t necessarily a good thing.
The Bible shows us several people who wanted something that turned out not to be such a good thing. For example, the prodigal son wanted his inheritance before his father died. After spending his money extravagantly, he ended up impoverished and hungry. I often wondered why his father agreed to give his son his inheritance, but maybe it was the same lesson my mother taught me when she bought me the huge lollipop. At times, God seems to teach that lesson, too. I’ve learned that it’s important to end my prayer requests with, “Your will be done.” God knows what is best  for me.

Mike Smith, Mel’s Cousin, told me over the phone that one of Mel’s favorite scripture verses was one where the Lord says he will provide all our needs. I am guessing it was Philippians 4:19 where the Apostle Paul says, “ And my God will supply every need of yours according to his riches in glory in Christ Jesus.”  Mel knew the difference between needs and wants. And because he did he shared anything he had that he didn’t need with those who had needs.

The last time I talked to Mel I asked him what he did in the Navy during the war. He told me that he was a signal man. He manned a giant spotlight on the deck that ships would use to communicate with each other when communicating by radio wasn’t possible. And I believe that even though Mel left the navy after the war he never stopped being a signal man. By his gentleness, by his generosity, by his faith, Mel was a signal man for all of us, shining a light in the darkness of a world consumed by greed, love of money, and love of self. And I am so grateful to have known him, if only for a short while.  Anchors away my friend. Death no longer has a hold over you. You have crossed an eternal sea to a further shore. The Father has opened the doors to your eternal dwelling, and a choir of angels and saints declares with one voice, welcome Mel, welcome, to your new home.

In the name of the Father, Son, and Holy Spirit. Amen.